My question is this, three and a half years into Star Wars The Old Republics life, to whom does EA/Bioware cater for in this, their MMO.  Is it loyal veteran players who have stuck with the game since launch, the Ops guild progression raiders who run the game many flashpoints and Ops, is it the hardcore PVPers who daily enter warzones and huttball matches fighting the good fight against fellow players or is it for the role players who are just simple toons quietly making their way through the games massive galaxy?

As the game became a hybrid based game having both free to play players and a subscription base, do they cater more for their subscribers or the free to players that use the games cash shop the Cartel Market?

I ask these questions in trying to determine where the game is heading, with little to no new information about upcoming content other than 2 story based updates this year, one of which has been released and another as of yet unannounced update scheduled for the end of the year.  (We also know of the Yavin IV stronghold and the Togruta race sometime in the future)

I strongly feel that the complete lack of information, the secrecy, the path that Bioware/EA follow to give information to their player base in reality actually hurts it’s community.  The constant sly grin with the “we can’t talk about that yet, but we have great things in store for you all, you’re going to love it” mantra they spout has worn really thin.  This game survives very much on that it is a “Star Wars” game…the only current one and even that is wearing very thin for a lot of people.  Many high profile raiding guilds and prominent active community members have moved on in the past few weeks, does Bioware even care? Should they?

Be warned a rant may be incoming…Star Wars The Old Republic is a fucking video game, entertainment so the thing that most baffles me is why do the dev’s and or Bioware’s marketing department treat any and all upcoming information like it is some form of top secret information that we mere players should not know? 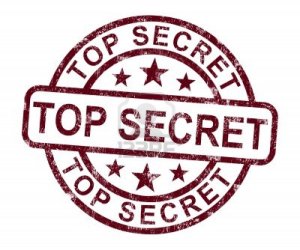 Please don’t bullshit to me that is because if they say something and it is wrong or changes the community throws a tanty and thus it is better to only release info when it is rock solid.  They are pretty much in that position by not saying anything so why not be damned for saying something rather than their deafening silence, at least we the long term players could make an informed decision about our place in this MMO.

Other podcasters and bloggers have said this far better than I can and yet Bioware stays silent…Star Wars The Old Republic’s Community Team, Musco, Tait I love you guys but damn what DO you do all day as it certainly isn’t communicating with the community. Nick you are new and bar your first few tweets when you started at Bioware over a month ago I have not heard of you since, do you actually exist?  You guys HAVE to be community managers on an as of yet unannounced game or you are just working part time as from my view as a player you guys are barely involved in your community.

So we have been told that due to the success of the expansion, The Shadow Of Revan, that story is what Bioware will focus on for upcoming updates, well and good I love the story in The Old Republic, but is that feasible in an MMO?  Is waiting 4 to 5 months for a story based expansion that you can complete in pretty much a few hours worth the time and money to create it, in an MMO.  What happened to new content being put into the game in the previous 7 to 9 week cadence that kept an active subscribed and the free to play players engaged and logging into the game regulary.

So my question stands…to whom is Bioware marketing (or blatantly NOT marketing) this game to?  Who at Bioware dictates what can and cannot be said…can we get that person interviewed on a podcast, why the secrecy? Do they not care that they are losing high tier raiding guilds or active community members who did Bioware community teams jobs for them promoting the game with podcasts and blogs who have now moved on.  Do they honestly NOT care and if they don’t care why am I still subscribed to this company?

Apparently there is an interview coming up soon on Bad Feeling Podcast which will feature Eric Musco and Alex Modney which may reveal some upcoming plans for PVP…time will tell.  I still stand by my statements that Bioware need to rethink their way of communicating with the player base.

Look forward to hearing how others feel about this…

Hi, I am an older Australian gamer who plays Star Wars The Old Republic on the Harbinger server. When I am not traversing the galaxy I also play a myriad of single player games when I have the time. (Which is sadly never, hence my growing Pile Of Shame)

WHY NOT TRY SWTOR OUT? IT’S FREE TO PLAY.

Kindly use my Referral Link! For information on what the above link gives you (and me) check out the following: www.swtor.com/info/friends